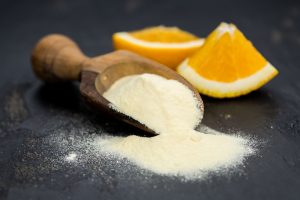 The following are excerpts from a transcript of an interview between FXMedicine and Dr Isaac Eliaz, reproduced with the express permission of econugenics and FXMedicine.

What is Galectin-3 and how is it connected to disease?

Galectin-3 (Gal-3) is a protein that modulates an array of biochemical processes in the body and is becoming increasingly implicated in the development of a multitude of diseases, including cancer, fibrosis, and metabolic diseases. But what if there was a way to lower levels of Galectin-3 with a natural compound?

Today we welcome clinician and researcher, Dr Isaac Eliaz who shares with us his research on modified citrus pectin (MCP) and how, through influencing Gal-3, it has the potential to be applied to a broad range of inflammatory diseases. Dr Eliaz also discusses his passion for the profound effects of mind-body medicine practices, including how meditation can influence Gal-3 and improve wellbeing.

You can find the full interview and transcript here.

Isaac: “The person that originally came with the idea of modifying pectin to a low molecular weight, more for in-vitro testing and for animal testing was Dr Avraham Raz from Wayne University, who’s Israeli in his origin and has been around for many, many years. He’s one of the people who discovered lectins and galectins in the late ’80s. And I just published actually, a landmark paper with him on the function of modified citrus pectin in high impact a peer-reviewed journal.

“…together with the main pectin scientist in the world, and we developed this very unique modified citrus pectin called PectaSol, and it’s important to emphasise because all the published papers on a commercially available product are just on PectaSol.

“…it’s really PectaSol which is the one that has the low molecular weight, this specific structure we have proven, the only pectin to ever be shown, where we developed an antibody, we have shown absorption through the gut in human subjects.

“So we know, we have proven it gets absorbed, and because of its unique structure which we can reproduce, it has this really remarkable benefits. And, Andrew, as you mentioned, we all started by using it with cancer. But over the years, we realised that its role in blocking Galectin-3 is so much bigger than cancer, that it’s literally mind-blowing, literally mind-blowing.

“You know what? The world needs to know. I can’t be the best kept secret in town.” So that’s why I’m mentioning it now.

Andrew: What is this receptor?

Isaac: What I found out and is so fascinating how life brings you to what you need, Galectin-3 is our master survival protein, Andrew. It’s really important for the doctors to understand this. And our survival response is at the root of every chronic disease. Because, what is cancer? Cancer is one cell that decides to survive.

“What is autoimmune disease? That a certain organ fights with the rest of the body. So this survival mechanism has effect, especially inside the cell, it helps to develop the cell normally, because we want to survive, right? We have 50 trillion cells that are surviving together. We are a miracle, each of us. So inside the cell, Galectin-3 is important for embryogenesis, for normal cell development. But that’s not our issue. Our issue is on the cell membrane, as you said, as a receptor, and in the circulation. And there, it allows different cells, different tissue, different bacteria, or parasites to survive by creating a microenvironment.

“And Galectin-3 goes up with age. It goes up with any trauma or stress or injury, physical, emotional, mental, psychological, we know we have studied about it. And as a result, it degrades our body.

“So blocking Galectin-3, and this is not something I would say even five years ago, but blocking Galectin-3 is, in my opinion, the most important thing for longevity. Because it affects literally, if I showed you the charts, every single chronic disease. We’re right now doing research myself on multiple cancers. We’re starting a research on scleroderma. We did an osteoarthritis and we’re starting rheumatoid arthritis. We’re doing, you know, on idiopathic pulmonary fibrosis…

Isaac: …we’re doing research on CKD, on AKI, on congestive heart failure, on hypertension, all of these with the same compound. How is it possible? Because we are addressing our basic unhealthy survival instinct, which really causes havoc. It’s like the body goes to war, when it can survive with peace.

Andrew: Okay. So it’s not just a marker but a target. For instance, you say that it goes up in minutes. Now, normally we see things like, you know, CRP, say, C-reactive protein or ESR going up with, as an acute-phase protein to a stressor. But we don’t target that. We just measure it and we say, “That’s how we measure what’s happening. We target other tissues.”

Andrew: However, this turns out to be a target, not just a measure.

Isaac: Absolutely. And we know that it’s a target because when we block it, the condition reverses itself.

Isaac: It not only stops, but in certain conditions, you look at animal studies with atherosclerosis, with osteosclerosis, with fibrosis of the heart, with kidney damage, with liver damage, and you actually not only stop it, in many studies, we actually reverse it. Because there is still energy in the tissue.

Andrew: Yeah, right. Okay. So this is something I picked up. When you said AKI, that’s acute kidney injury. And if you don’t nip that in the bud really quick you can possibly lead to devastating disorders like sepsis.

Andrew: So if we can recover this early enough, if we can be maybe measuring Galectin-3 in the serum and address acute kidney injury in its early stages, we could be preventing the progression of sepsis.

Isaac: Of course. This is, you know, it’s so interesting that you’re jumping, it’s kind of amazing. Because we had four papers of this lately, I just came back from China when I lectured in a, for me, I’m like a holistic outpatient doctor, I actually lectured in an International Critical Care Conference, [….] because of the Galectin-3, because now there are studies that’s showing, listen to this, a really good study, high impact journal, that and a combination of human study and animal study. So in the human studies, it showed the patients who survived sepsis in the ICU, 1100 patients, their damage to the kidney was proportional to the level of Galectin-3 at the time of discharge. But more important, patients who are going to have coronary artery bypass, Their level of pre-surgery Galectin-3 directly correlated to the kidney damage and the heart damage from the surgery. Unreal.

Isaac: When people ask me, “Who needs to take modified citrus pectin?” I tell them anyone that is breathing because of its very basic, basic, basic structure. However, if you have a healthy patient that is really doing great, now, this is somebody in their mid-30s, they’re really doing well, you know, no health problems. They’re doing great.

Isaac: And you happen to check their Galectin-3, and it’s now, it is the high teens 17, 18, 20, they are a ticking time bomb. It’s much higher than you expect. Then these people need to go on a full dose modified citrus pectin and you need to look for fibrotic places in the body that can produce Galectin-3, and one area is scars. Scars on the surface, scars from surgeries, scars after infection, emotional scars, you know, things that are producing ongoing inflammation and repair. And addressing them is very important because Galectin-3 increases in level as we age. And very interesting, if we compare levels of Galectin-3 in centenarians, compared to people between 70 and 80, it’s a really nice study…

Isaac: …and we have to do it, we have to remember that the ones who are 70 and 80 include a few which are going to become centenarians, the centenarian’s average levels of Galectin-3, are very significantly lower than those between the ’70s and ’80s. But you can see in the ’70s and ’80s, I can send you the study, it’s really neat, you see the cluster of the low Galectin-3, and these are probably the ones that are going to make it to be centenarian.”

You can find the full interview and transcript here.

PrevPreviousPractitioner Survey
NextUse This to Choose an Enzyme ProductNext 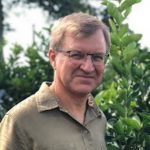 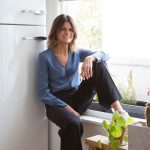 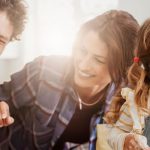 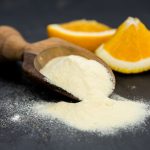 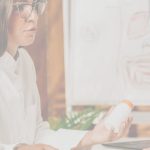 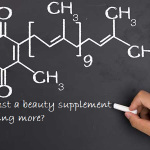